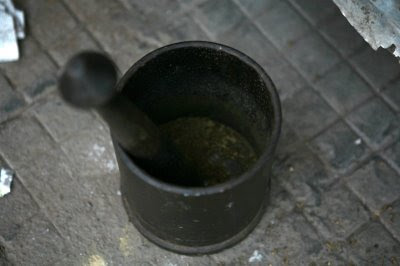 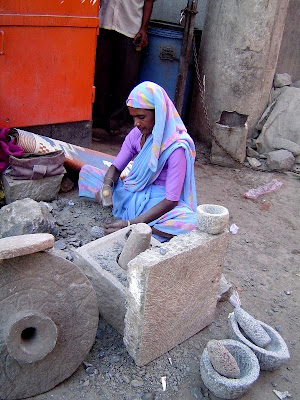 Nice post, motorised one isn't half the fun and is zero the pain too :-)
To satisfy the very feeling you expressed I use a small morter and pestle to grind ginger and garlic.

What a lovely blog!

The only time I've ever 'experienced' this most grandmotherly piece of kitchen equipment was when we learned the Hindi alphabet in nursery and KG. (O se Okhli!)
We did have one set in our kitchen too, just a foot high but obscenely heavy nonetheless!

Thanks for sharing this such magnificent blog actually very interesting keep composing for a kind blog.
Fossil Mint Sandstone

Has anyone an idea , where can i get stone Mortar & pestle in Delhi or Gurgaon, shown in the above pic?