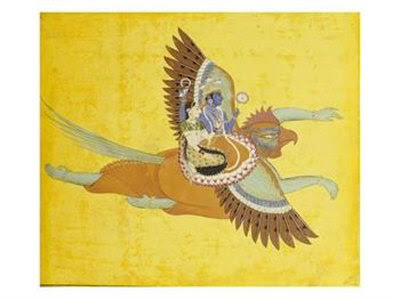 I am sure in every man and woman's life comes a time when this question is asked. "Does God exist?"

One looks around and see so many proofs for not wanting to believe in His existence. Yet so many believe in Him with conviction since His love was felt and experienced when it was most needed.

Just my thoughts.. hope I am not intruding....

A salute for you

The concept of God has at least one definite use. As a psychological weapon.
There is this 200 year old banyan tree 10 kms from Mysore. A few years back, a cinema shooting resulted in all its aerial roots being cut. Thereafter, some wise chap put up a board in front of the tree saying that the tree belongs to a God. Now no one dares even touch it.

This is the biggest problem with youngsters... asking we oldsters such difficult questions. Our intelligent 'tsk' and reply with appropriate head shake "Shhhhhhh...you shouldn't talk like that!.." is never taken seriously.

I think the speaker is right... "you're too young to understand" :-D

The problem with God is- its so comforting to believe. You can let go and find all answers in HIm. Anything that we can't digest - some problem- some inequality - something that is hard to accept with reason- then we can just say there must be a reason a hidden pattern. HE absolves us of responsibility. And gives us so much hope that HE will take care. It is easier to believe than struggle with your own thoughts.

Is even the comfort that you receive a problem?

As for responsibility, I do not think God absolves one from his/her responsibilities. If it were so, then aren’t we all robots? (Not of the artificial intelligence variety but the mere machines)

In fact, I blv the more one fear and love God, the more one feels responsible for their actions. If we were to understand Him better, we would be more tuned to Him and to that which He cares for.

It could be like; when we were very young we were eager to show our love towards our parents in our own innocent ways.

But then we all grow up ...and as Kat mentioned, for some, the realization of a loving and caring God comes only late. A God who cares for you in ways that your own parents cannot.

Sorry to transform a happen kitten to an unhappy one.
I didn't mean to offend anyones' religious beliefs or step on their toes.
Im travelling on the path to total faith so just voicing some questions that rise on the way.

kallu... me no offended and I was only happy to put down my views.....

All best wishes for your journey...