The Story Teller and His Audience

If you are visiting North India, you will probably come across a performance of kathak somewhere.
.
The word kathak comes from the word katha or story. Kathak dancers are traditional story tellers, showcasing legends through music and dance. A kathak performance teaches as well as entertains, using a rich and sophisticated poetic literature in Sanskrit and Brajbhasha.

I spotted this kathak dancer at the Gateway Hotel in Agra. He was on a little stage, dancing to a piece of recorded music. His audience was a bunch of foreign travellers, several of whom had just made the 5-hour drive from Delhi, and were now relaxing at the bar watching him over their beers. 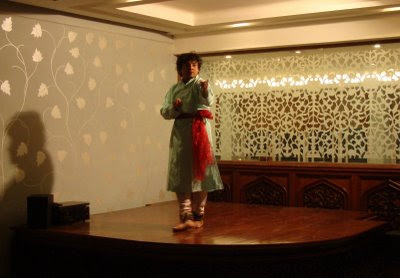 The dancer told the story of the blue-skinned God Krishna and his lover Radha. It was a beautiful story, embellished with subtle glances and elegant footwork. In the story, Krishna and Radha meet in the forests of Vrindavan, he plays the flute for her, and even the birds and the deer stop to listen to the magic of his song. She quarrels with him, over the attention he pays to other women. As he cajoles and teases her into forgiveness, she becomes lost in his leela. In the eternal all-consuming fire of her love, she forgets herself and merges into the divine.

The story was well told, but the audience understood absolutely nothing.
.
I was not surprised - the song was meaningless to them, and the vocabulary of the dance was entirely foreign. How does someone from a strange culture understand the symbolic mechanisms that dancers use while switching roles? How do they understand what the arched coquettish eyebrow, or the sideways glance, or the delicate flick of the wrist means, when they don't even get the context of the story? Not surprisingly, at some of the most sublime moments of the performance, the audience merely stared into their beer mugs or looked around for the bartender.
The real tragedy of it was that the performer was quite competent, with at least 10-15 years of rigorous training behind him. In spite of people moving around, or ignoring him completely, he danced with grace and dedication, as if he had all eyes upon him. I felt so bad for him, I wanted to run away and hide somewhere. 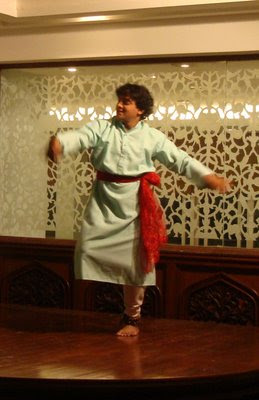 That night in my hotel room, I asked myself - Why does this happen in India, this trashing of our art forms until they become a pathetic mockery of themselves?

I realized that there are multiple issues, some of them quite complex. But I believe our lack of respect and value for our art forms is definitely one of the problems. The hotel staged this performance in their lobby, in a noisy area near the bar, perhaps because they had no other venue. But because it was presented like that, as an optional "cultural" show with drinks at the bar, the dance became a trivial tidbit, a take-it-or-leave-it affair. There was no formal introduction to the performer and his background, no explanation of kathak traditions or gharanas, no story outline – as a matter of fact, there was even no seating around the stage for anyone who wanted to watch the whole performance. It is as if the hotel had decided already that this was a boring performance, and not worth the effort. Naturally, the performance just tanked. When you yourself treat something like trash, it is very difficult for others to treat it with respect.

Contrast this with my experience at The Oberoi Bali. The hotel arranged a Balinese dance show with dinner, a rendering of some scenes from the Ramayana. They had amphitheatre style sunken seating for those who wished to view the show. For others, there were tables set discreetly so that every single person had a view of the dance. The waiters were quiet and hushed, you could order food and drinks, but it was clear that there was a performance, and you had to give it due respect. On every table, there was a one page description of the show, describing the acts that it was broken into, and giving a brief summary of the storyline. I’m sure we didn’t understand all the nuances of the performance – but we enjoyed it because of the way it was organised.

Some would argue that it is not the hotel, but the artiste who is responsible for audience delight. If the audience doesn’t like something, then either the dancer is to blame, or the dance form itself is to blame. Why was the kathak dancer not able to have any impact on his foreign audience? In spite of the poor seating and noise, could he not have drawn the audience towards him? Could he not have told them the story before dancing?

Unfortunately, our classical performers are not geared to explain their art to people from other cultures. The Indian art tradition assumes that audiences come from the same broad cultural milieu. It presupposes a shared cultural background where the stories and legends are commonly understood. In addition, the classical dance forms also assume that audiences understand the format in which dance is delivered, for example, the way in which sections of story/emoting are interspersed with sections of pure rhythm/dance. The other problem is purely practical - I very much doubt the dancer had the necessary English-speaking skills to explain the origins of kathak, or its morphing over the ages, to a foreign audience.

My personal view of the matter is that in our country, it is not practical to leave the matter to the artiste. Most Indian performers, including those from both folk and classical traditions, have poor/basic English education levels, with little or no exposure to overseas audiences. Their skill lies in their art, and not in the packaging or marketing of their art to overseas visitors. In my mind, it is very much the responsibility of the intermediary – for example, the hotel, or the tourism development board or the tour company arranging the performance – to ensure both the dignity of our arts as well as an enjoyable experience for the tourist.

As someone who is part of the tourism industry, I will do my bit to make things better. But I suspect it will take a while to get to the point where "cultural" performances don't make me squirm.

4 comments:
Email ThisBlogThis!Share to TwitterShare to FacebookShare to Pinterest

During a recent routine check, the doctor was quite blunt. 'You need to lose five kilos', she said. 'Are you exercising?'
.
I stammered an embarassed answer, and promised to cut down on the carbs. But it's really hard, when you're a vegetarian, to put together a soul-satisfying meal that doesn't have wheat or rice in it.
.
After four days of salads and fruits and juices, I found myself face to face with a gajar-gobi paratha today. Of all the things in the world that I can't resist, this is one of them. It's actually quite a healthy thing to eat, so for those of you who are NOT afraid of carbs, here's how we made it. 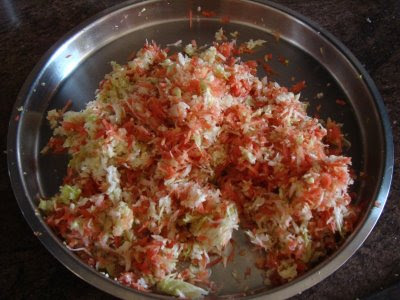 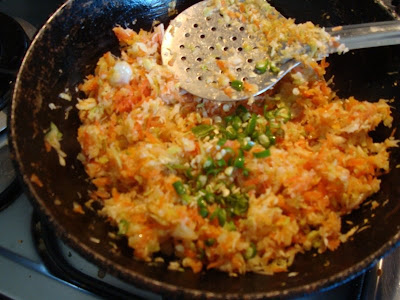 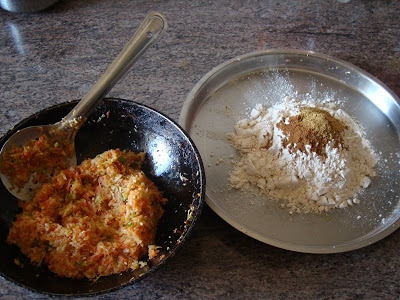 The thing reduces to half its original volume very quickly. Leave to cool.
Meanwhile, add salt, cumin powder and coriander to wheat flour. 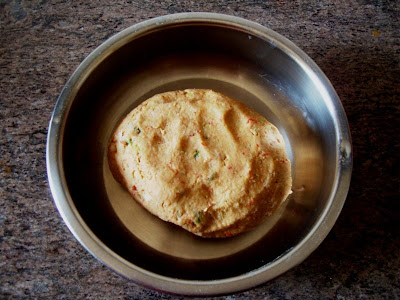 Mix it all into chappati dough (doesn't need water), let it stand for 20 minutes. 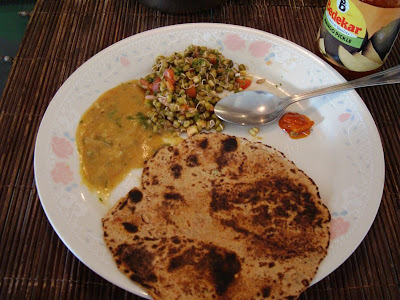 Roll it out and cook on flat griddle. Don't use oil, just roast it on the griddle until it's crisp on the outside. Because of the veggies, it's still soft on the inside. I ate it with dal and sprouts and mango pickle and buttermilk. Sigh. It was brilliant.
2 comments:
Email ThisBlogThis!Share to TwitterShare to FacebookShare to Pinterest
Newer Posts Older Posts Home
Subscribe to: Posts (Atom)