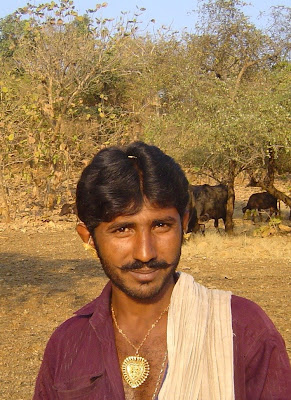 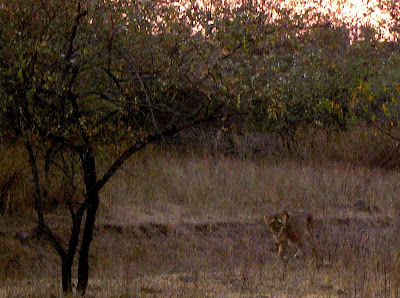 The Forest Department believes Maldhari cattle over-graze the forest, making life difficult for the deer, nilgai and other ungulates of Gir. And domestic cattle can bring disease into the forest, wiping out the last surviving pure breed of Asiatic lions.
But others say the Maldhari herds are vital to the survival of the lions. A 16-month study monitoring 6 Maldhari nesses in 2006-2007 established that almost 50% of the diet of Gir lions consists of Maldhari livestock. If you were to remove the Maldharis from the park, the study says, it would significantly affect the lion density, pride size and structure.
Sasan Gir has a complex set of problems. The biggest one is that it has too many lions and too little space. So there are territorial fights among the lions, and this leaves the smaller and younger males with no choice but to look for new places outside the protected area. Gir's lions have now started migrating outside the park. I'm glad they are reclaiming the lands where they once roamed, but this brings them into populated areas and creates new sources of conflict. Relocating the lions to another park would be a good idea - but the Gujarat government wants the Asiatic Lion to be exclusively "Gujarati"! So it blocked a plan recommended by the Wildlife Institute of India to move some lions to Madhya Pradesh.
Five state highways pass through the Gir forest, and there is a widespread limestone mining nearby. There's a cement plant barely 15 kilometers outside the protected area. There are 23 temples, and 250,000 tourists every year. In an area that has very little rainfall, these human activities drain scarce resources, and leaves the waterholes dry in summer (lions in Gir have fallen into human wells!).
Instead of fixing these issues (which involve influential people and big money), the government has got it into its head that the Maldharis - a community that does not poach - are the chief problem. In my view, the biggest threat to the Asiatic Lion is not the Lion People. The biggest threat is that the only 300-odd surviving Asiatic lions in the world are all hemmed together in one small forest. A single epidemic could wipe out all of them. This is a disaster waiting to happen.
Email ThisBlogThis!Share to TwitterShare to FacebookShare to Pinterest

We buy the WWF cards and calendars... small contributions :-) still can see that much needs to be done for Asiatic lions. Your daughter must've enjoyed the visit to the Sanctuary. Pics and write-up was impressive.

Im sure all the WWF people agree with you Deepa

You describe the Gir lion situation and Maldhari beautifully. Thank you for such a moving post.