The Ideal Boy, then and now

From the publishers Indian Book Depot (Map House) in Sadar Bazaar: these are the behaviours of the Ideal Indian Boy. This old chart is from the 1950's, I think. The National Cadet Corps in one of the boxes was formed in 1946, so this could be late 1940's as well. 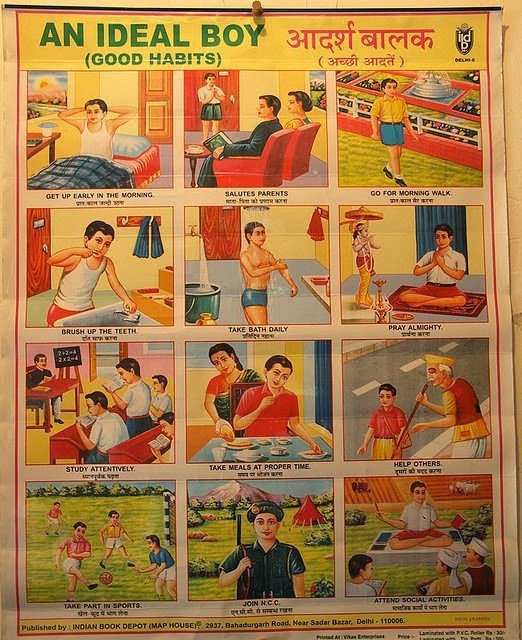 Things haven't changed much in 21st century India; the same behaviours are considered ideal. But the chart now has pictures of girls as well. The original chart sold for 30 rupees; right now it is 70 rupees on PVC. Enjoy. 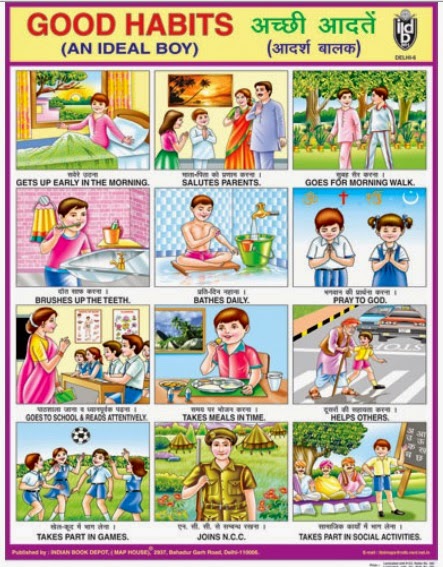