In the 1700's, lychees came to India from Burma (they are actually originally from China).

They have adapted well to India; and they grow well especially in Bihar, which today produces 75% of India's lychee crop. It's a difficult fruit, mainly because it has only a week or so of shelf-life, from the time it is harvested.

Lychees ripen on the tree, are harvested in May-June, and they show up on Delhi's handcarts immediately, where they are sold by weight. 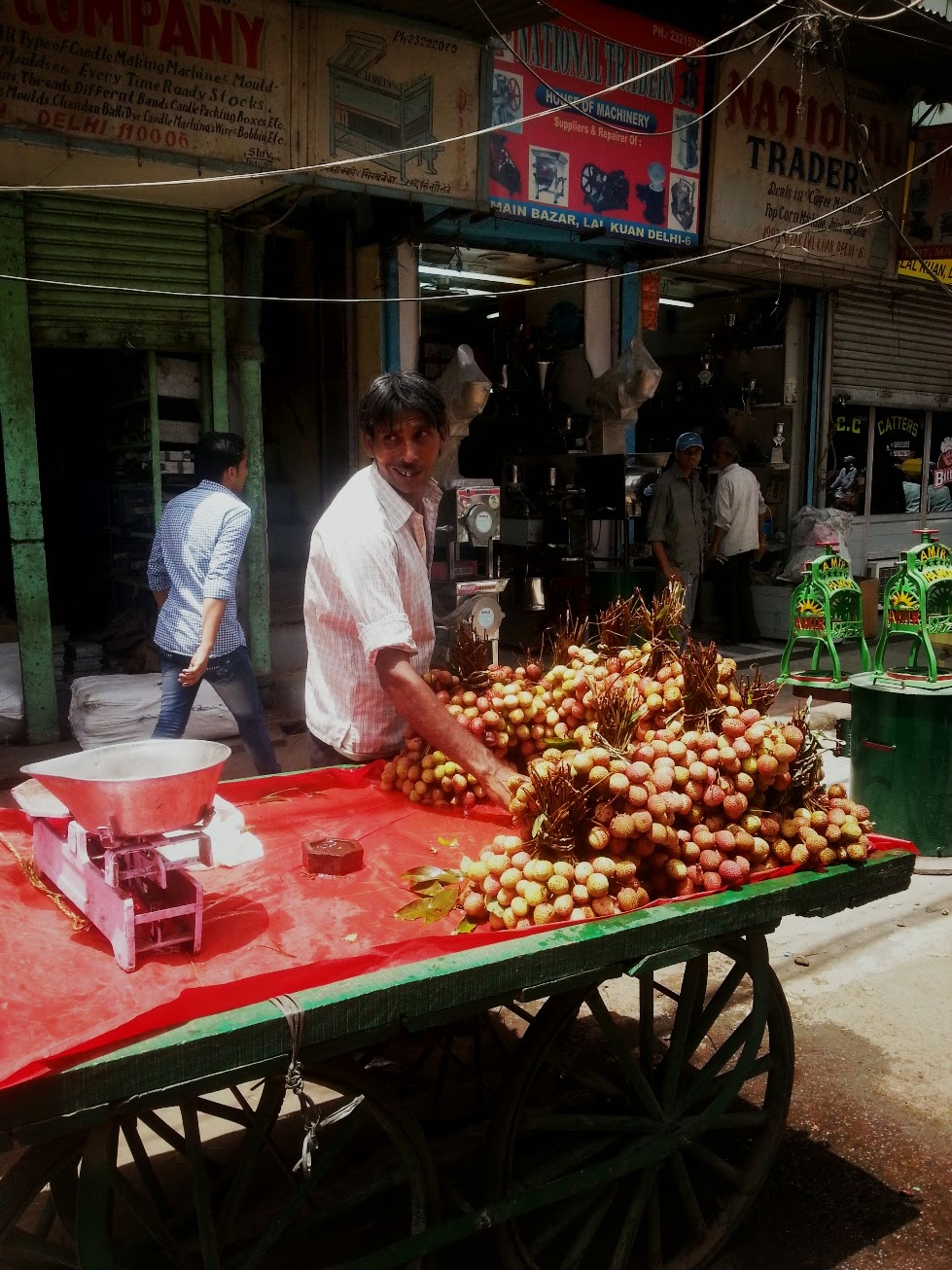 Here's a closer look. There are many varieties of lychees in India, but mostly they are pale in colour by the time they come to the market. This is because fruits are transported at normal temperature conditions i.e. without pre-cooling. The market reach is limited to places/cities which can be reached quickly, since the fruits lose their attractive red colour after 48 hours. 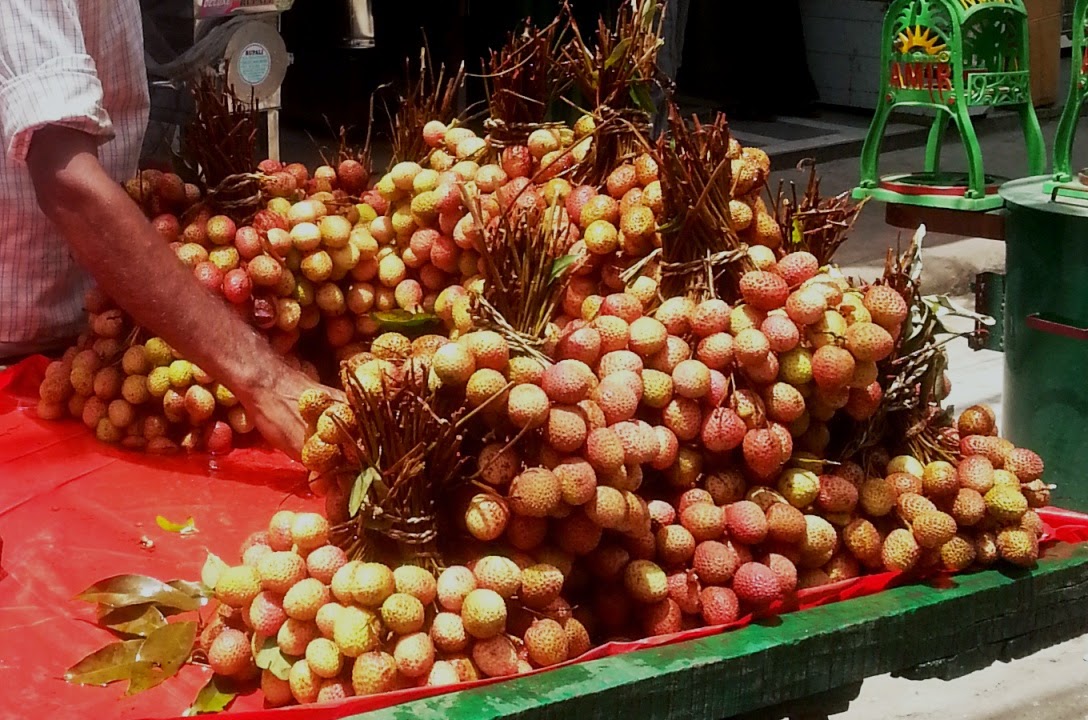 The most popular variant is called Shahi (photo above); it is a sort of deep pink in colour, with an oblong shape and rounded end. It is grown in North Bihar, Jharkhand, Uttaranchal and Uttar Pradesh; and it comes to the Delhi market in May. Shahi has a distinct rose aroma; and it has a thin, more delicate skin compared to other varities of lychees.

Better facilities for cooling, storage and transport would really improve the returns from lychee (export markets will open up more). It will also allow farmers to market directly to the cities. As always, it's a question of scale and infrastructure.
Email ThisBlogThis!Share to TwitterShare to FacebookShare to Pinterest
Labels: Bazaar, Food, Old Delhi