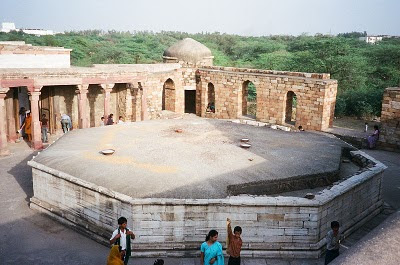 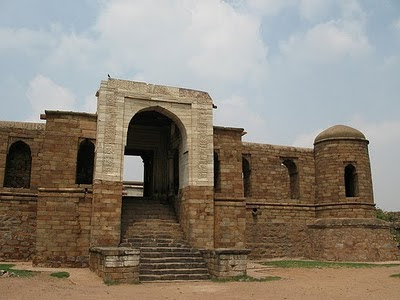 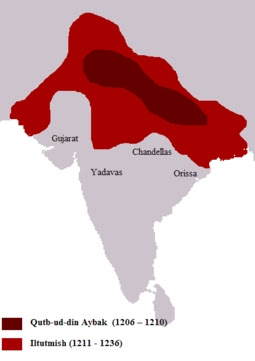 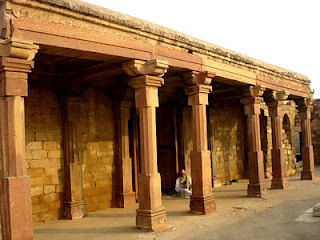 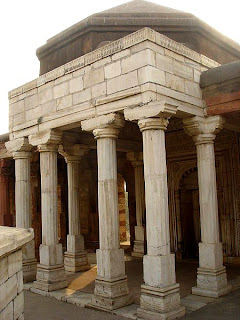 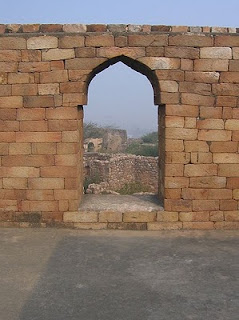 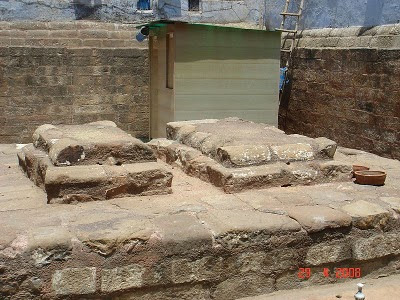 Thus it goes on, tombs and graves in every nook and corner, reminding you that Delhi is a very old city with a lot of history. Indeed, were it not for the bustling noise of 15 million people who now live in Delhi, I would be tempted to label it a giant necropolis, a City of the Dead. I'm looking forward to unearthing more stories and secrets.
Email ThisBlogThis!Share to TwitterShare to FacebookShare to Pinterest

Just my type of story!!! Love the interesting architectural details and pictures too. I wish these places could be restored to their original glory or at least prevented from decay by the elements and mostly uninformed people who only destroy them bit by bit.

And I'm really looking forward to reading those stories! Can't wait to go to Delhi one day!

Thanks so much for sharing this. I've just moved to Delhi from Singapore. So far, I've not had an opportunity to visit any of the monuments but I most certainly will now.

Start with the Qutb Complex, Maria. That's where the story of Islamic rule in North India begins, sort of.

Hi... nice history! I visited a few months back, apparently it has been restored by INTACH to the state you see in the photographs. Locals (Hindus and Muslims) often pray at the shrine.

Delhi have more lovely adventures... Anyone Indian and foreigners want to see all Delhi adventures.

Thanks for the brilliant, virtual odyssey ! Wealth of information shared. Kudos to your efforts !