It is now official, folks. I have no backbone.

There I was, watching the History Channel, when they suddenly sprang a programme on the history of Chocolate. Fifteen minutes into the show, my backbone gave way, and I raided the fridge, desperate for anything, just anything chocolatey.

Here's what I found in the fridge - handmade chocolates from Ooty. 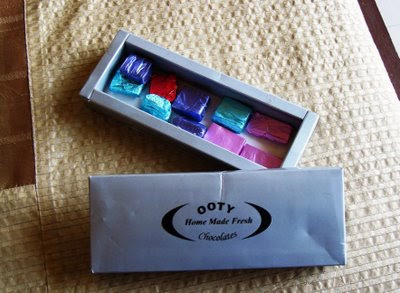 The purple ones were minty, and the square ones had all sorts of exotic spices and dry-fruits in them (I didn't stop at one, of course).

The cocoa in these chocolates is grown in spice plantations, interspersed with palm, arecanut and other trees. 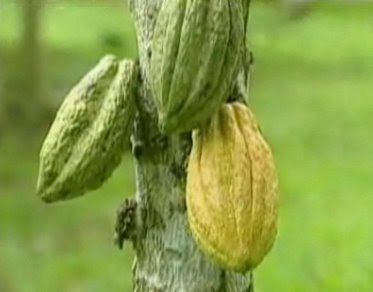 Chocolate is quite a new fangled thing in India. Before 1965, the cocoa crop was not commercially produced anywhere in India. Then thanks to Cadbury India, cultivation began in Kerala, and from there, spread to other states in the South (as a matter of fact, in many places, the cocoa tree is actually called the ‘Cadbury’ tree!) 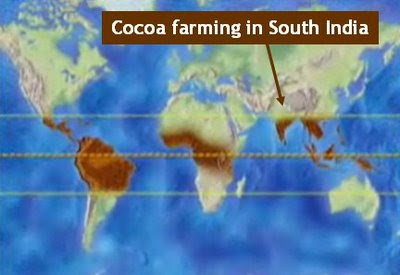 Although chocolate has been around only a few years, we're already inventing a whole new cuisine around it. Homemade chocolates (which all the honeymooning couples at Ooty go ga-ga over) are just the tip of the choco-craze. Every time I visit my local mithai shop, I see proof that we have happily combined traditional Indian milk-sweets and spices with this new upstart ingredient from South America. Have you tasted chocolate burfi yet? Or hunted down a chocolate laddoo recipe from the internet? How about chocolate peda then? Or “Jain” chocolate mousse!
.
Even at the poorest end of the spectrum, chocolate has made a conquest - when my maid had a grandchild last month, she rushed out of the house, and came back with a gift pack of Cadbury's Fruit and Nut for us to celebrate. 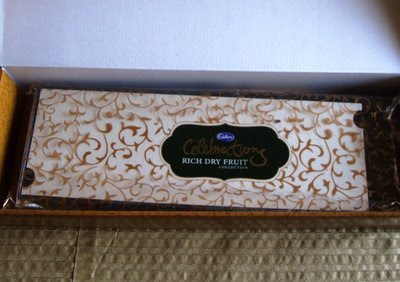 I'm telling you, there's a chocolate revolution happening in India. It's sneaking up on us, bite by heavenly bite, we just don't know it yet!

I'm off to raid the fridge again, people. (Told ya, no backbone). Almond drops, anyone?
Email ThisBlogThis!Share to TwitterShare to FacebookShare to Pinterest

Yum!! Me want the milk chocolate instead of Almond drops please?? :) I know, chocolate revolution...reminds me of a friend of mine who used to sneak in gracious amounts of cadbury every other class. Esp, Cadbury has become synonymous with celebration these days.

Deepa, i think youre lucky that you do manage to stock chocs in your fridge. I can't trust myself that far.
Just a note: Ooty doesnt grow cocoa -nor spices . But people like to believe they do.
But yes, we do produce the best home-made ;rather the best cottage-industry made chocs.
Never seen that box around here- guess its exported outside like all the best stuff.:-)

Thanks for letting me know, kallu, I changed the text.