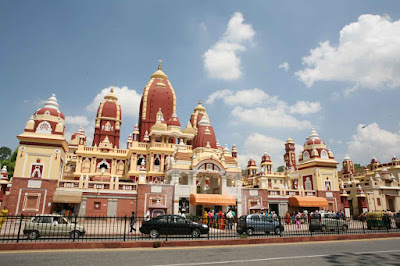 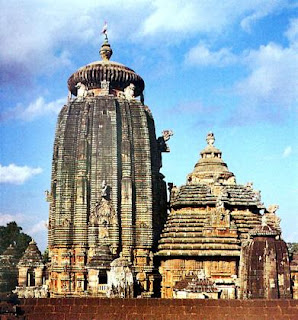 Here's a popular folk toy representation of the ten incarnations of Vishnu, starting with the fish-incarnation on the left. See the orange guy on the right? Surely half a billion people can't be wrong? :)
Email ThisBlogThis!Share to TwitterShare to FacebookShare to Pinterest

The Birla Temple in Hyderabad, built on a hill which was earlier known as "Naubat pahad" is a more impressive structure.

My father always objected to the term 'Birla Temple' - he would always correct me and say ( about the temple in Hyderabad) that I should refer to it as a Lord Venkateswara Temple built by the Birlas!

Thanks Deepa having an interest in both hinduisim and buddhist philosopy,i found this post very intersting,especially good link too. Love your blog,always look forward to reading it