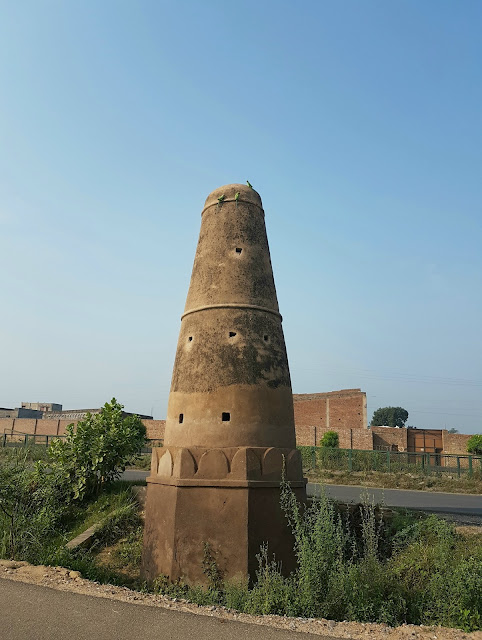 Cunningham says the first two are actually part of the same system, that the Gangetic kos is just twice that of the Padshahi. Jahangir built his sarais (inns) every 8 kos, that is about 10 miles. The British, who also understood the importance of the Grand Trunk Road, chose to maintain it just like the empires before them. They  built dak-bungalows, resting houses used by officers and for postal communication, every 10 miles.
Email ThisBlogThis!Share to TwitterShare to FacebookShare to Pinterest
Labels: Agra, Golden Triangle, Indian highway, Indian roads, Travel in India