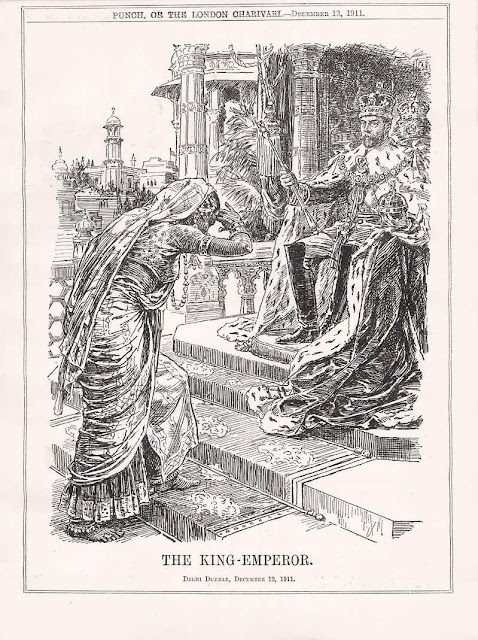 It is sad that Lord Curzon, the viceroy who oversaw the Delhi Durbar was one of the few Englishmen of that period who valued Indian culture as equal to British. I am sure that almost all Englishmen at that time saw things exactly as you have described.

It is hard to look at that image now as a British adult and not feel shame. I can only hope that we have moved forward enough to value the richness of each others heritage.

This is a magnificent blog and perhaps the only one of its kind. I searched for blogs on Delhi to see if any one has captured a photograph of the Bankura Restaurant by the side of the Cottage Emporium in Janpath before it was demolished. The Delhi Diary page still lists the restaurant as existing and has given two 7 digit phone numbers. In the process of search I could discover the blog.

All the themes and pictures are exquisite and appropriate. I went back up to 4 th July 2010. Thanks a lot for such creative work.

Hi, I just came through your blog while looking up for Delhi blogs. I was looking for blogs to cross post my Durga Puja article ahead of the puja days. Do let me know if you'd like to have me as a guest blogger. I blog at http://sinjinisengupta.blogspot.in/

Sorry, left my contact unmentioned. you can drop me a mail at sinjini dot sengupta at gmail dot com


Thanks for sharing this such magnificent blog actually very interesting keep composing for a kind blog.
Playway School in Delhi

The attitude remain the same to this day. Just have to see any documentary on India by the BBC. Attitude of journalists and BBC's editing convey similar message to that in the image.