After the Games - the slums of Delhi

The Delhi Commons Website has this humorous (and very apt) badge illustrating the state of Delhi in the lead-up to the Commonwealth Games. 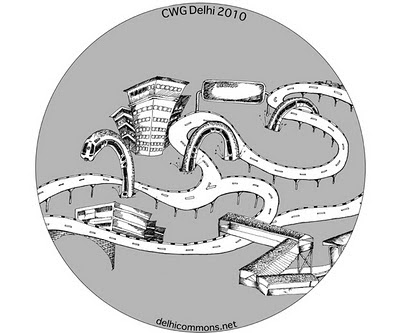 Anyone who has experienced the city's nightmarish traffic and dug-up roads for the past few years will tell you how very well this sketch represents what's happened in Delhi. Now that the games are upon us, I can only pray this effort was worth it.
To build all this infrastructure, over 400,000 migrant workers have made the capital their home (see photo series here). No one really knows what will become of these workers once the games are over. Some will go back, no doubt, to their villages. But I'm guessing many will stay back, adding to Delhi's slum population. 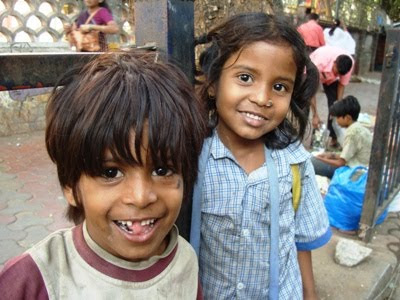 Delhi Settlements Classification: Source Economic Survey of Delhi: 2001-2002
This table shows both slum as well as non-slum settlements in Delhi.
According to this table above, slums made up half of Delhi's population 10 years ago, and I can only imagine that it has gotten worse since then.
Delhi's slums are not a homogenous mass. Researchers, writers and government departments recognise that Delhi's slums are of different types: 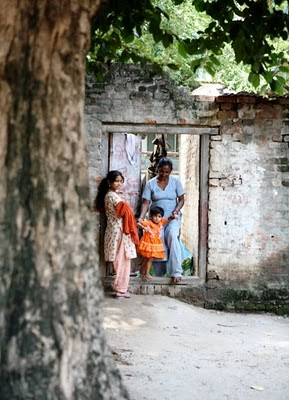 So much for the slums. Apart from slums, we have two more classifications that are very interesting:
And then, *finally* we come to the Planned Colonies, which form about 25% of Delhi's population. This 25% then, represents the people of Delhi who live in places other than slums, urban/rural villages and illegal constructions. This 25% is made up of all the government babus, the middle and upper-middle class, as well as those living in upscale bungalows and big condominium apartments.

Scary, huh? To think that 75% of the city is either in a slum or in some other form of badly provisioned or illegal habitation? In all the "prettification" and "world-class-ification" leading up to the Games, this is a very sobering thought.
Email ThisBlogThis!Share to TwitterShare to FacebookShare to Pinterest
Labels: Delhi, People of Delhi, Slum

Have begun to follow your blog recently. Very thought provoking post. Harsh and glaring reality provided in clear/terse stats.
Does this mean that OC has put up bamboo screens in 75% of Delhi?

Given that your work involves tourism and tourist aren't interested in seeing this aspect of any city, I commend you on this post...
But, if 75% of the city is made of these colonies, seeing this can't be avoided. However, better to be prepared. When I first visited, I knew I might see some of this. But, it was indeed more than I expected and right out of the airport...

The Unauthorised Colonies, and the "Authorised Unauthorised" Colonies are not slums. They don't need to be covered up. Neither is all of Old Delhi a slum, although frankly, it is a real eyesore with dirt everywhere.

Speaking of the airport, GG, Mahipalpur, the area near the airport is a village / slum that has now morphed into a place for motels / hotels / small businesses etc. This is because land rights are clear. There is a strong school of thought that says the biggest problem in slums is the lack of entitlement to the land/home. This makes slum dwellers of temporary tenements unwilling to invest in their homes. As soon as they move up the income ladder, they then look for places with secure titles. So the re-settlement colonies with secure house titles now contain people like drivers, tradesmen etc who have moved up a level. Their children have higher levels of education, their homes have more amenities, they have better sanitation, fewer illnesses, than drivers/tradesmen in squatter areas.

Hi, I stumbled upon your blog when I was searching for "Delhi Blogs". Anyway, I will be in Delhi in November and I saw your rail to Agra post - I would like to find out about pre-booking a car while in Agra. Do you have anyone that you can recommend? I would like to book a car for the day as we're doing a day trip from Delhi and would like to cover Fatehpur Sikri as well as the area surrounding the Taj. Thank you for your help.
Amri

nice info.. i wanted to do something for improving the condition of slums in delhi and ive nw got a brilliant idea...thnx..do visit my blog http://www.ashmeeta.blog.com/
or http://www.flight2stars.blogspot.com

As an academic researcher studying slums in Delhi, this post was very useful to me. While other members of my team acquired on-the-ground experience, I mostly pour over statistics that they gathered from my ivory tower across the ocean. Your explanations of the heterogeneity of Delhi's settlement types are lucid and useful. Thank you so much.

Government claims of development and improvement in these area but none of these have solved this problems permanently or in long run , Situations in slums are not satisfactory.., thanks to some not for profit organization who initiated this noble effort to uplift livelihood of people living in these area..! Yet Lot of work in pending