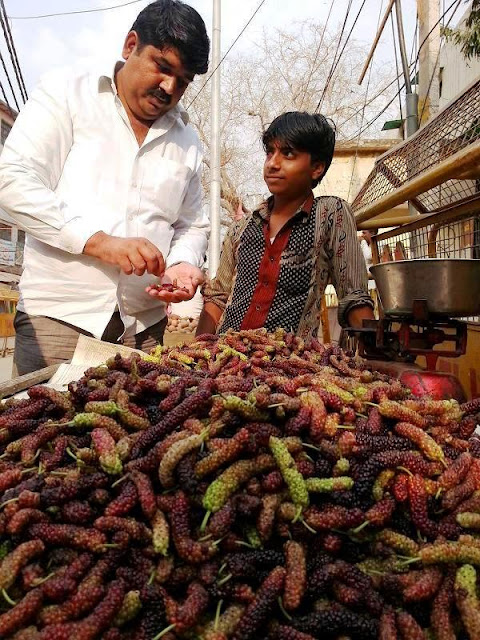 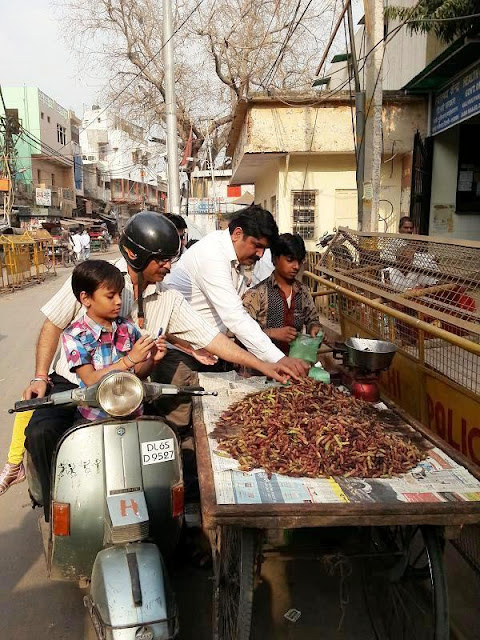 This is a fresh juice, which you should ideally consume the same day. Enjoy :)
Email ThisBlogThis!Share to TwitterShare to FacebookShare to Pinterest
Labels: Crafts, Delhi, Food, Nature, Summer

Reminded me of the Shahtoot eating in childhood, ages since I saw this fruit.

Boy was selling these Mulberries in front the entrance gate of the Ram Lila Maidan (now the space for car parking).

Hi,
We are a web portal that exclusively talks about Delhi. We really liked your work and would like to take this opportunity to invite you to be on our panel of "SoDelhi Experts".
Our audience includes the inbound tourists , expats and locals in Delhi and our social media presence includes over 29000 likes on facebook and 800+ followers on twitter.
If the proposal interests you then contact us at priyanka@acropoletravels.com.

Hi Sir, Nice content and post, fruits are very nutritious to health and we also supply a good quality of fresh fruits across world. Thanks for sharing.

Hi Sir, Nice content and post, fruits are very nutritious to health and we also supply a good quality of fresh fruits across world. Thanks for sharing.

Hi, would like to talk to you for a story. Can you email me details on lobo.joanna@gmail.com?


Nice post...I look forward to reading more, and getting a more active part in the talks here, whilst picking up some knowledge as well..

Dyes And Pigments Importers In Delhi