We went to the Chhatarpur flower market early in the morning, where Gaurav photographed these beautiful lotuses. 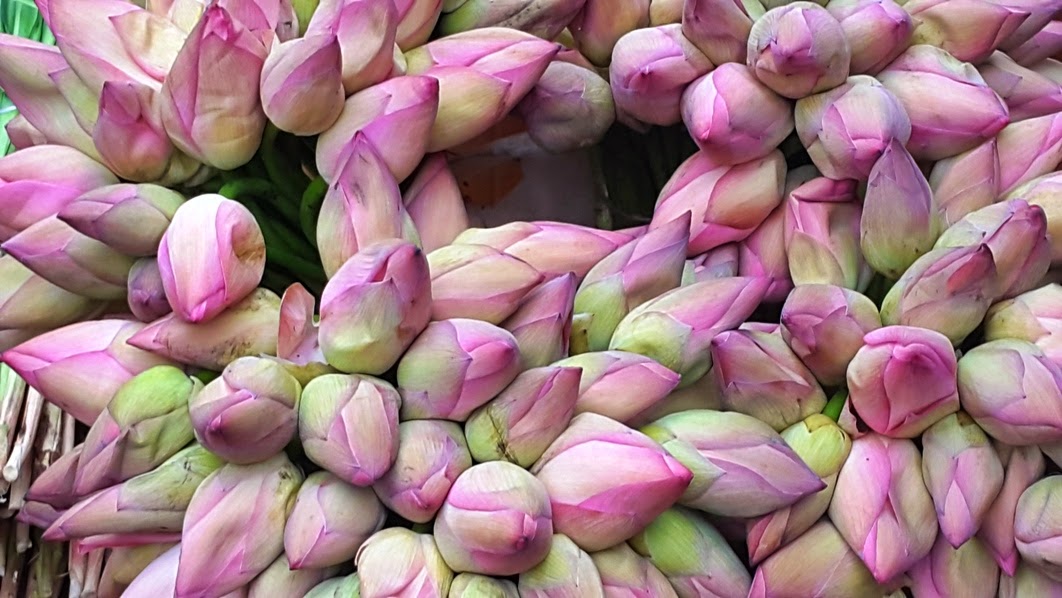 It reminded me of the many lovely associations of the lotus from my childhood; especially this painting of the Goddess Lakshmi by Raja Ravi Varma, which hung on the wall in our family's prayer area. She is holding lotuses in both arms; she stands on a lotus; and there are lotuses in the pool, with swans. Her saree is also lotus-pink. 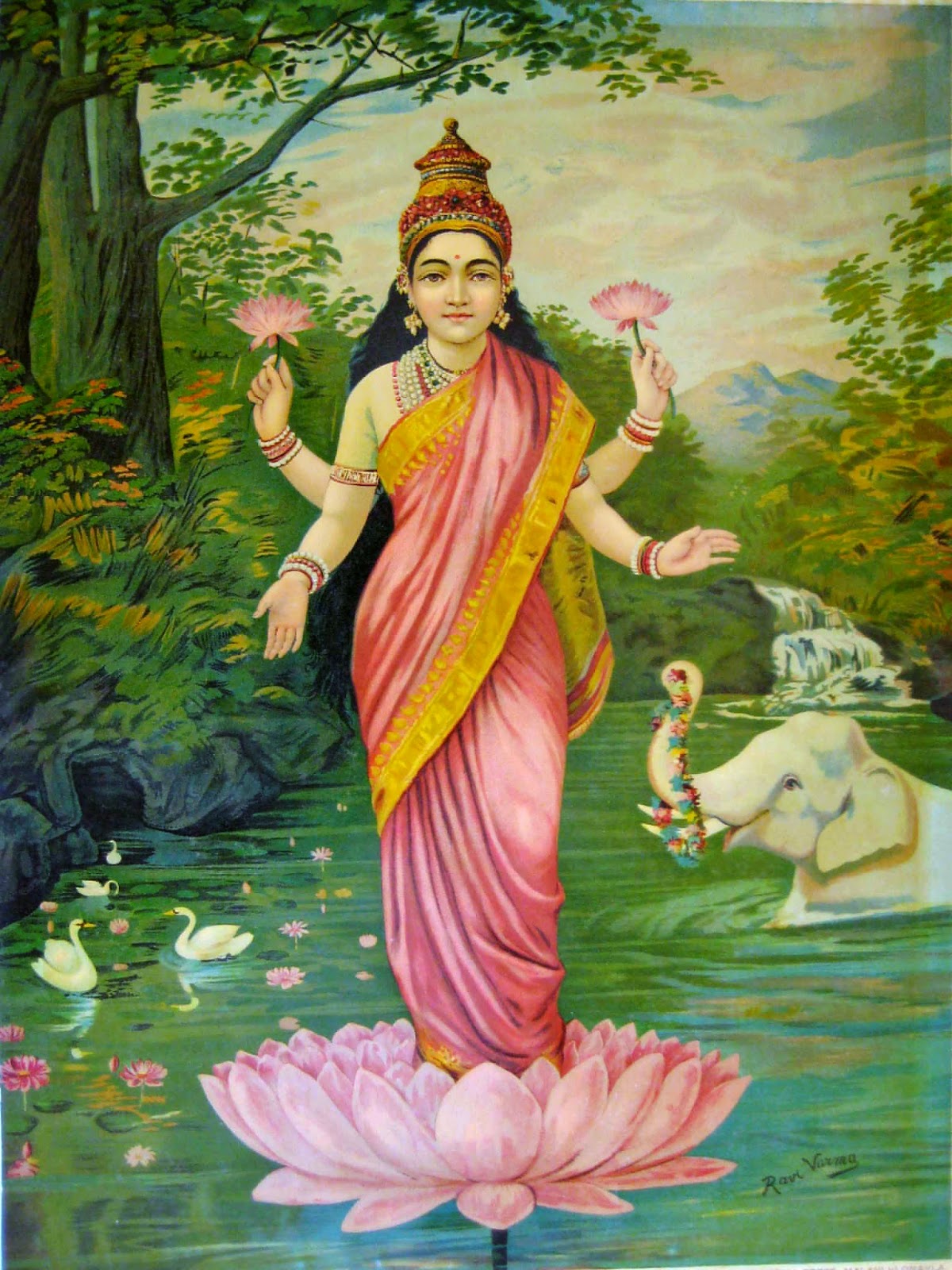 I always thought the lotuses in these paintings were exaggerated depictions of the flower. But that was before I actually saw a lotus close up. The beauty of this flower is breath-taking. Look at all the layers inside! I can actually imagine a tiny Lakshmi standing on top of this flower :) 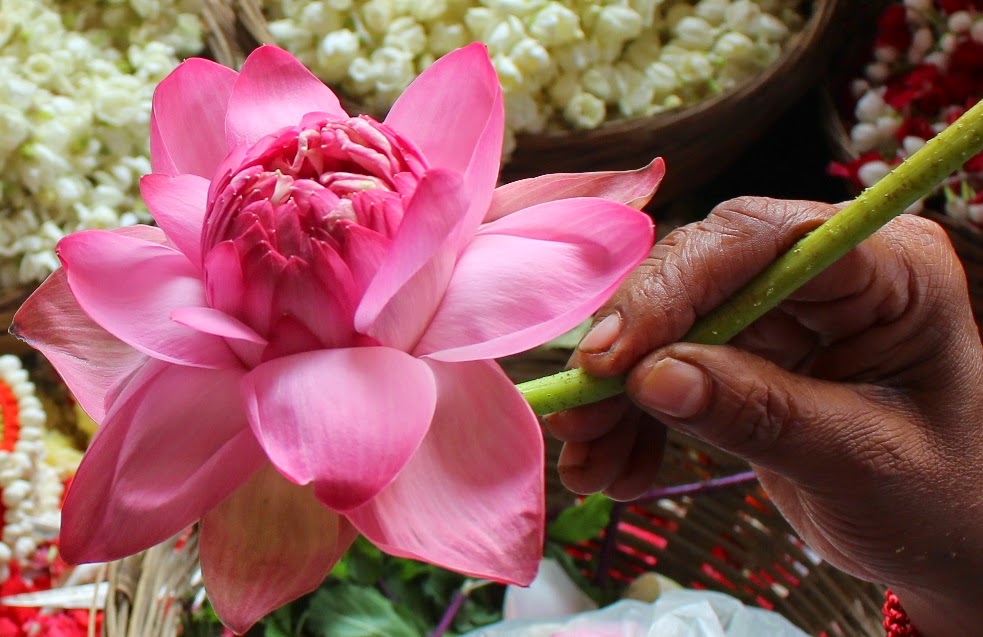 At the National Museum in Delhi, there is a rather unusual miniature painting of Vishnu, Lakshmi's consort, holding lotuses in all his arms. He is seated on a lotus. A garland of lotuses is being offered to him; his head is crowned with lotuses; and even the fly-bearer's crown is similarly studded with lotuses. This is a Pahari miniature from the 1750s, from the Mankot-Basohli school. One of the chief characteristics of the Basohli paintings is the use of lotuses as a "must-have". It is a rare Baohli painting where you will not find lotuses. The Basohli school initiated Pahari art by illustrating scenes from literary classics, such as Rasa-Manjari, Ramayana and Gita Govinda (this one below must be from Gita Govinda; see how the painting depicts the Gaudiya tradition of Vaishnavite body marks). 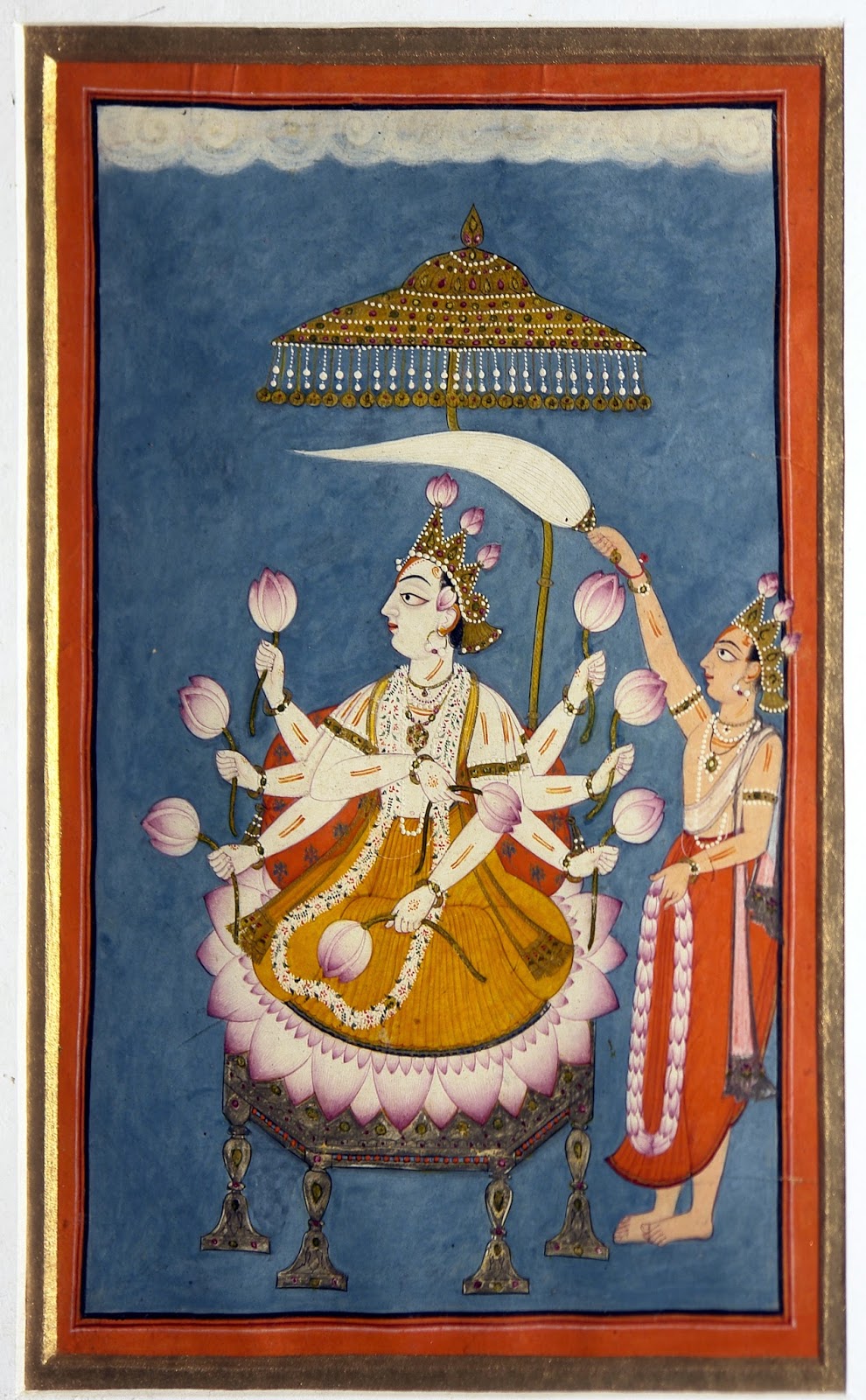 Even more unusual is this phoolsajya painting, again from Basohli, where Radha and Krishna are clad entirely in lotuses. Again, this is likely from the Gita Govinda, which sings of the yearning of Radha for Krishna. The song is interpreted as the yearning of the human to merge with the divine. In the Gita Govinda, Radha first enjoys the bliss of being with Krishna; then when he departs, she is filled with anguished longing. The painting below depicts the bliss of the union of Radha-Krishna using the lotus as the motif. Like the lotus, this union is beautiful, divine, tender and pure. 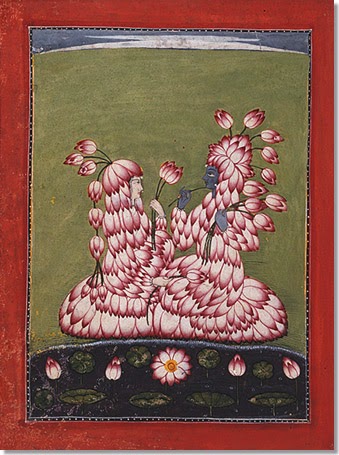 Even in this depiction of the fearsome Bhadrakali, the Basohli artists found a way to incorprate lotuses: look carefully and you will find them. 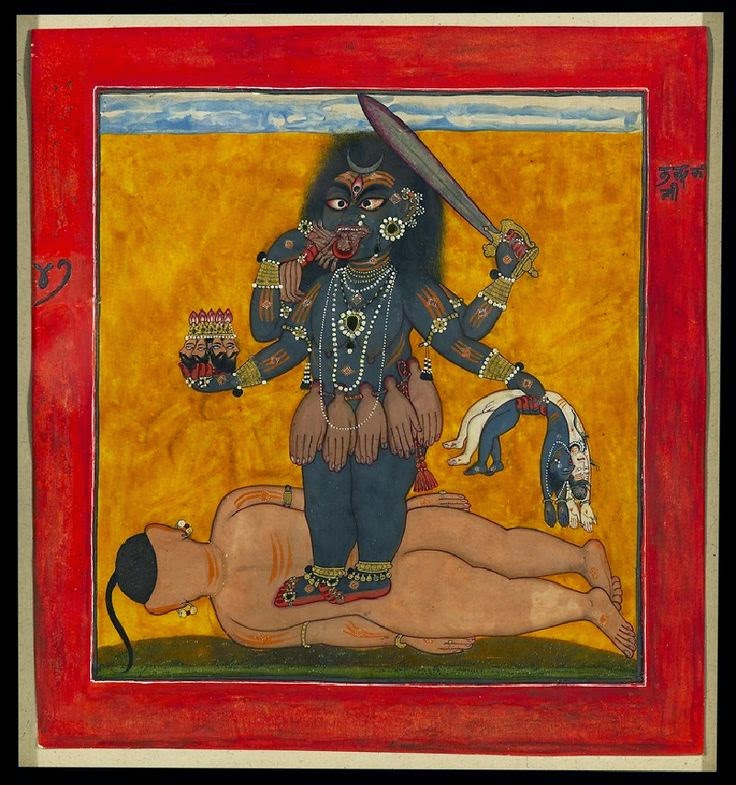 Lotuses are everywhere in India. In Sanskrit, there are many words denoting lotuses - for example, padma, kinjala, mrinala, pushkara. We see lotuses in the names of many Indian people, both male and female. Padma, Padmavati, Padam Singh, and so on. It is also the name of the famous pilgrimage town of Pushkar. The legend says that Lord Brahma struck the asura Vajranabha with a lotus (which is Brahma's weapon). A petal of the lotus fell here at Pushkar, and a sacred lake was created. 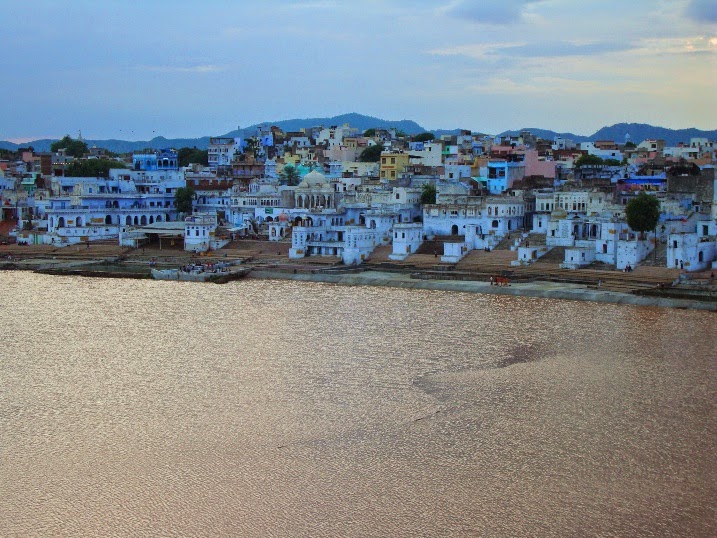 Oh and also, I got a real kick out of knowing that in the Star Wars series, Padme Amidala is named after the lotus too :) :) 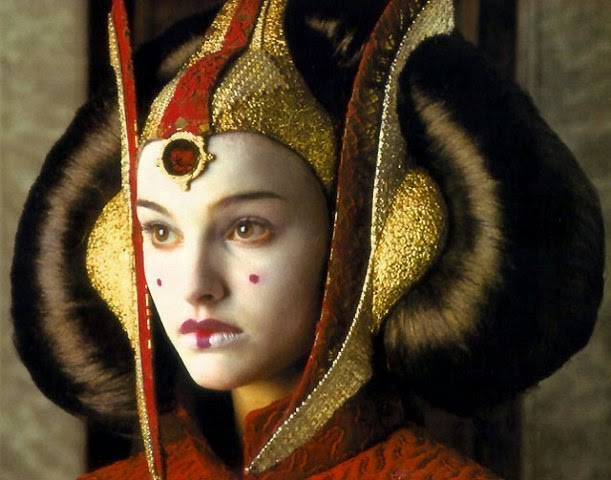 In preparation for Karva Chauth today, Hindu women in Delhi have been getting mehendi on their hands; they have cooked delicacies and sweets for dinner, and done much bangle shopping in the bazaars.


Today they are fasting from sunrise to moonrise for the safety and longevity of their husbands. In the evening, they will offer prayers after sighting the moon; and they will break the day long fast.


Karva Chauth and several similar festivals in other parts of India are a throwback to an era where Hindu women were defined by their marital status; and life was impossibly difficult for widows.


Fortunately, a series of reforms by the leaders of independent India have helped change things for the better. In 1955-56, four Hindu code bills were passed: the Hindu Marriage Act, Hindu Succession Act, Hindu Minority and Guardianship Act, and Hindu Adoptions and Maintenance Act. These acts addressed many injustices that were routinely taking place and brought better representation for women's rights.

The major changes as a result of this act were:
- Widows and daughters were awarded the same share of property as the son
- Women were allowed to divorce a cruel or negligent husband
- Husbands were prohibited from taking a second wife
- A man and woman of different castes could be married under Hindu law
- A Hindu couple could adopt a child of a different caste


The reforms were blocked by right-wing Hindu organisations and many kooky religious leaders, but were eventually pushed through due to the leadership of Nehru, Ambedkar, and many other visionaries. Unfortunately many of the original propositions had to be watered down to ensure the bills were passed.


These reforms have granted many rights to the majority of Indian women (since Hindus form 80% of India), but they continue to be controversial to the present day. Chief among the complaints is that these reforms exclude Muslims.

Anyway - since I am Hindu, and I am very much the beneficiary of the Hindu reform bills, on Karva Chauth, let me send my eternal thanks to Jawaharlal Nehru and Ambedkar. Without them, I'd be sitting here hoping and praying the male members of my family would be nice to me.
2 comments:
Email ThisBlogThis!Share to TwitterShare to FacebookShare to Pinterest
Labels: Delhi, Festival 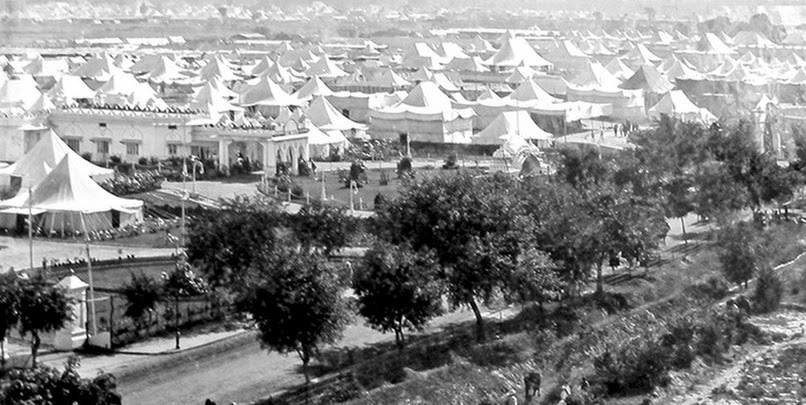 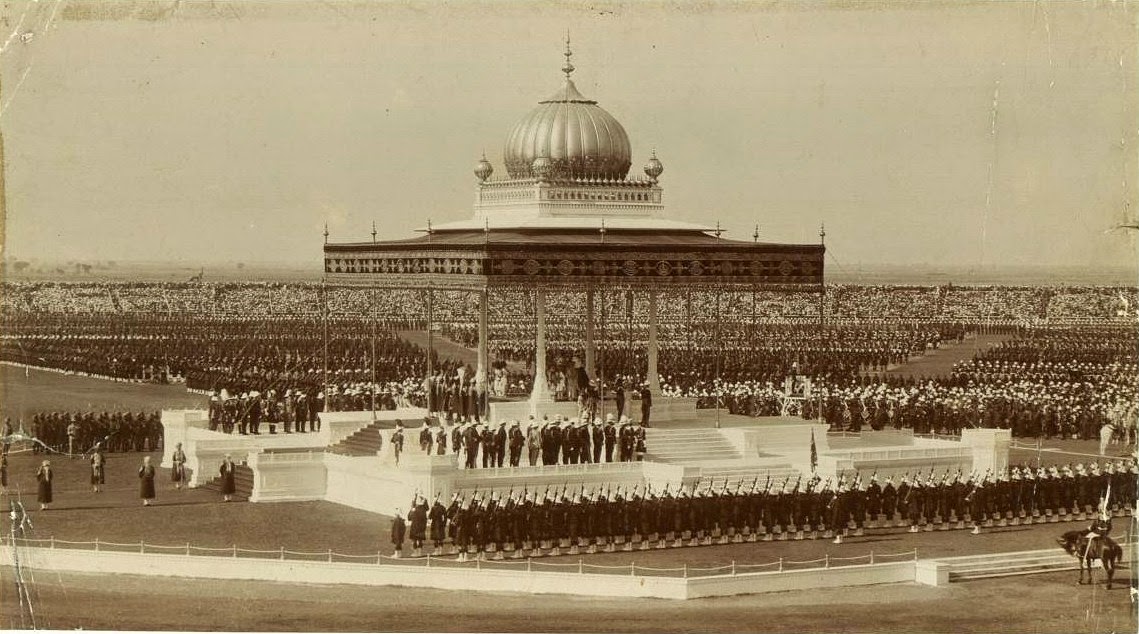 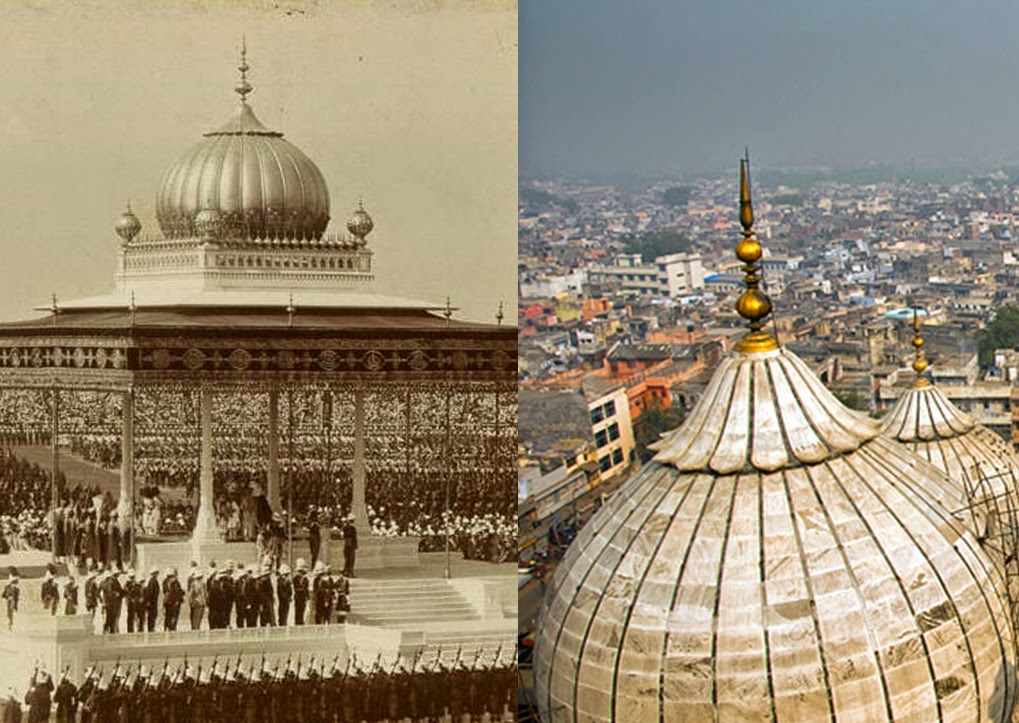 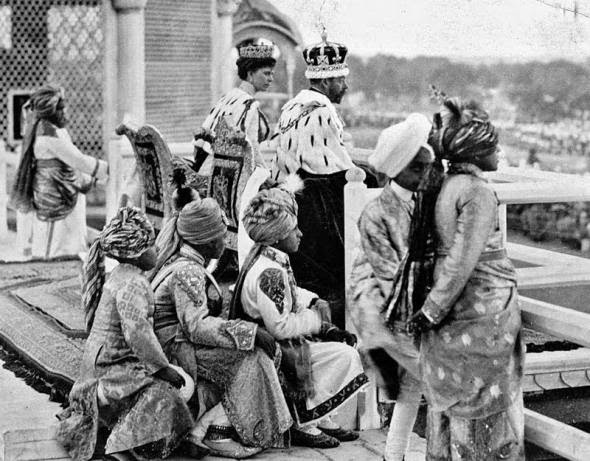 In concrete terms, I don't think the durbar achieved much to improve British standing in India. But King George V made two important announcements in Delhi: firstly, the partition of Bengal was annulled and, secondly, it was announced that the capital of India was to be shifted from Calcutta to Delhi. These two events make the 1911 Delhi Durbar an imporant event in the history of India.
1 comment:
Email ThisBlogThis!Share to TwitterShare to FacebookShare to Pinterest
Labels: British Raj, History of Delhi, Hotels in Delhi
Newer Posts Older Posts Home
Subscribe to: Posts (Atom)