Murray's Taj Mahal and the death of an empire

With the advent of photography in the 1800's, armchair travellers in Europe could, for the first time, get a true picture of destinations they had only dreamt about. Monuments from the far-flung corners of the British Empire came alive through the work of many talented photographers.


Dr. John Murray, employed in the medical service of the Army of the East India Company, took up photography in the early 1850s.

Unlike other photographers who depicted the symmetric perfection of the Taj, Murray's photos described the actual context of the Taj. In this photo, the Taj appears as a backdrop to ruins. There's a crumbling parapet above the Yamuna River, and the men sitting are completely ignoring this beautiful monument. The photo, clicked just after the Sepoy Mutiny of 1857, speaks to me about the death of the Mughal empire.
Here is another photo,  this one is smaller, but it shows Dr. Murray seated in the foreground. It calls out to the photographer and artist in me :) I want to be that person, sitting with my back to the ruins, and sketching what I see!
At a time when photographic emulsions were not equally sensitive to all colors of the spectrum, most photographers found it impossible to achieve proper exposure of both landscape and sky in a single picture. For instance, if the negative was properly exposed for buildings, the sky would often appear faded and blotchy.


Murray solved this problem by blacking out the sky on his waxed paper negative so that, when printed, the heavens above the Taj Mahal would appear limpid and radiant. Here is the paper negative itself; you can see the technique here:
Text adapted and modified from: http://www.metmuseum.org/collection/the-collection-online/search/283162
2 comments:
Email ThisBlogThis!Share to TwitterShare to FacebookShare to Pinterest
Labels: Agra, Taj Mahal

Last month we had a very interesting textile workshop in Delhi, for a group of visitors from the USA. We visited the home of one of my friends, who is a textile designer. 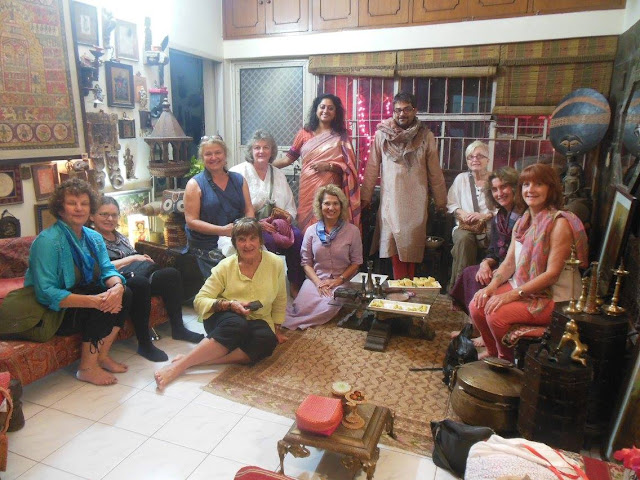 The tour began with an audio-visual presentation, an introduction to Indian textiles. We explained many different types of weaves, embroideries and printing traditions to the guests. They also tried their hand at draping a saree. A lovely evening, great conversation, and delightful snacks. Here are a couple more photos from the tour. I'm looking forward to more of these tours in future! 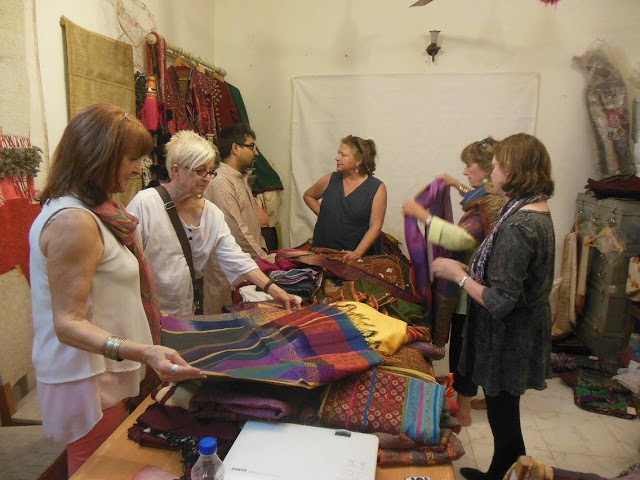 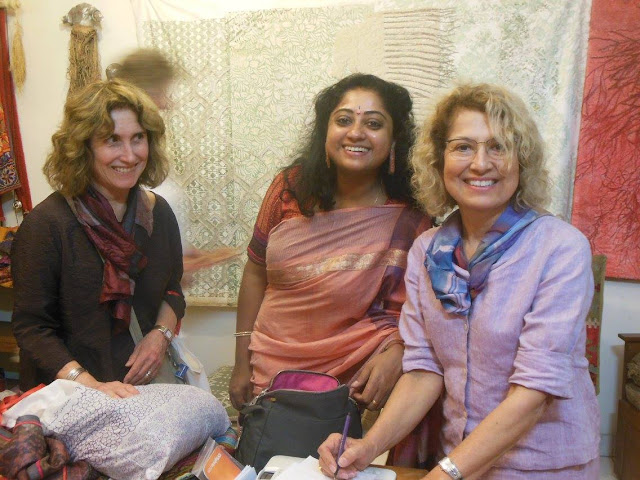