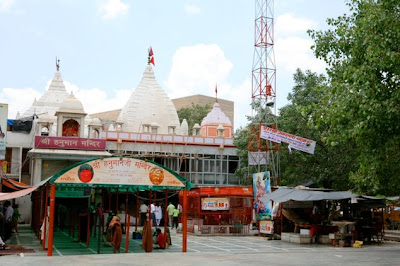 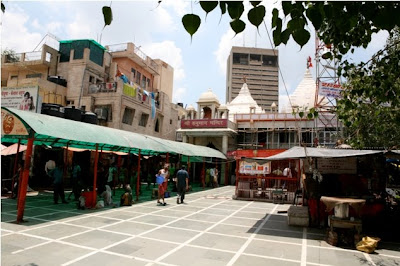 Temple timings:
Saturdays: Between 5:00 a.m. and midnight
Tuesdays: Between 5:00 a.m. and 11:00 p.m.
Other days of the week: 5:00 a.m. to 1:00 p.m., and 3:00 p.m. to 10:00 p.m.
If you plan to visit the temple on a Tuesday or a Saturday, be prepared for a long wait. And when you get to the sanctum for darshan, add a little prayer that some day, our temples become places of beauty once again.
Email ThisBlogThis!Share to TwitterShare to FacebookShare to Pinterest

Could not have agreed more with you on temples, specially the ones that keep cropping up on every nook and corner.

You know - I went to our village 'kaavu'. It was a nondescript item in the midst of a desolate yellow-grassed area. 4-beams held up a ceiling, in the middle stood a black stone at a raised height with a red line on its head and flowers around it. Unimpressed at first, I stood quietly and was unexpectedly energised. I believe it had to do with the absence of a crowd. Regardless of structure, the silence made all the difference. The photographs you have posted look noisy (if that is possible).

I have been a silent reader of your blog for some time now, just enjoying reading about the city where I spent a large chunk of my childhood. I remember this Hanuman Mandir way back in the early '60s, and it was small and fairly quiet then. Of course, Delhi itself was quiet then, in contrast to the noisy, crowded and chaotic Delhi I saw when I went back recently. I passed by this temple this time, and was shocked at the crowds, the noise and the trash all around the place.

hi, nice one. I remember this Hanuman Temple way back in the early 90s, it was small and fairly quiet then.Of course, Delhi itself was quiet then, in contrast to the noisy, crowded .I saw when I went back recently. I passed by this temple this time, and was shocked at the crowds, the noise and the trash all around the place....

Thanks for helping me!!

I find lots of serenity in temples of Kerala .. that of Trichy, Thanjavur etc.
Love temples when they are big .. have lots of space to walk around.. sit and soak up the spiritual feeling. I used to love kapaleeshwarar temple, Mylapore,Chennai .. still like it for its beauty and extent .. but there are these many aunties who come there and discuss abt jewellery, sarees, daughters-in law - mothers-in-law and stuff .. that I feel they pollute the serenity BIG TIME.
There are some who cannot be spiritually/morally cleansed even when they are standing in front of the Almighty.

Glad to see a hanuman mandir in delhi.... admin provide hanuman chalisa too